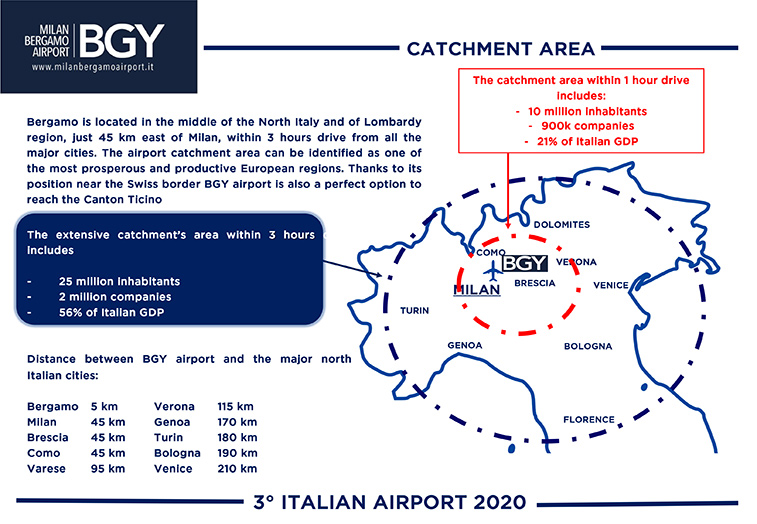 Milan Bergamo’s super-strong catchment area includes the Lombardy capital itself and a number of wealthy and productive north-east Italian cities. “We have all the necessary infrastructure in place, we’re fully equipped to accommodate widebody aircraft, we’re more than ready to work with long-haul operators to realise the huge demand from North and South America,” states Giacomo Cattaneo, Director of Commercial Aviation, SACBO (Milan Bergamo’s managing company).

Right at the heart of northern Italy, just 45 kilometres east of Milan – the hub of fashion and finance – you will find Milan Bergamo Airport, based at the centre of one of the most prosperous and productive European regions. “Our catchment area is incredibly strong,” explains Cattaneo. “We have the ability to generate robust outgoing demand, as well as incoming, from the Americas. With vast leisure traffic to Italy, Milan Bergamo offers speedy access to the city of Milan, we are also just two hours from Venice, and only one hour from Verona.” 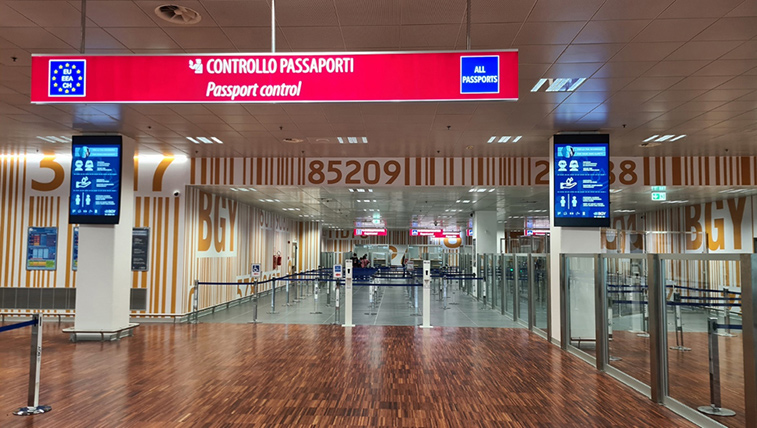 Milan Bergamo Airport unveiled its new extra-Schengen arrivals area last Autumn, just one part of a €435 million investment to increase the whole terminal to a total of 70,000sqm.

Milan Bergamo’s investment in the future

Milan Bergamo is considerably investing in the future to further develop and place itself as one of the leading gateways to Milan, and indeed Italy. Last year the Italian gateway unveiled a new extra-Schengen arrivals area, just one phase of its infrastructure development masterplan, which will increase the whole terminal to a total of 70,000sqm. With a brand-new international area, both departures and arrivals, opening in the second half of 2020, Milan Bergamo’s investment in the future has continued throughout the pandemic.

The latest enhancement to the airport has been the recent unveiling of its brand-new ‘HelloSky’ lounge. Open to both domestic and international travellers, the premium lounge adds a significant boost to the passenger experience. 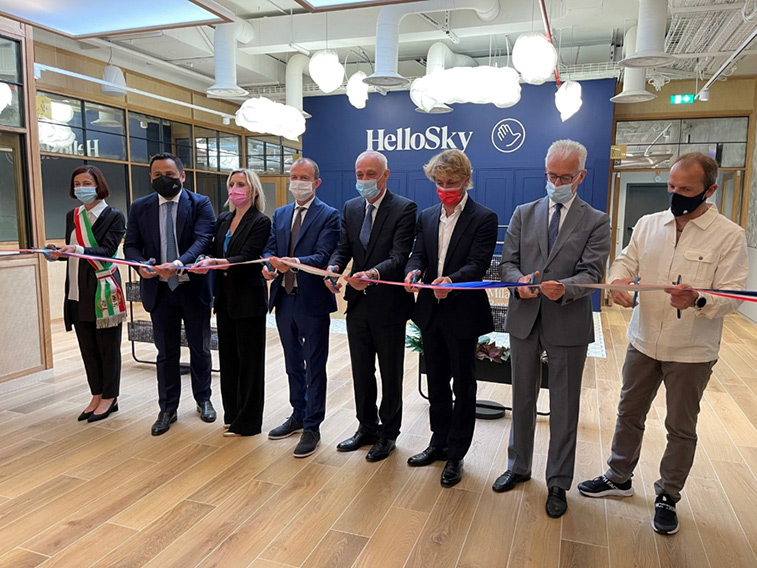