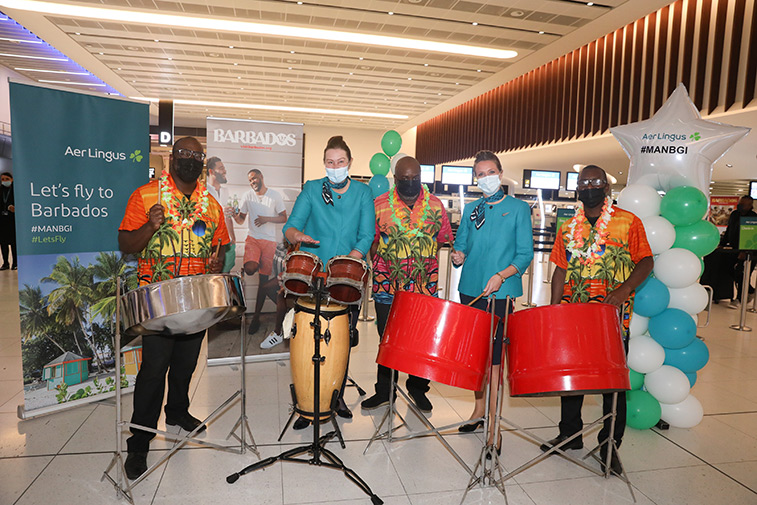 Aer Lingus will also start a third new route from Manchester to Orlando on 11 December.

To start celebrations for the new Manchester-Barbados route in true Barbadian style, passengers were treated to a live performance from local Barbadian steel band, Band One.

The route is operated twice-weekly (Wednesdays and Saturdays) until the end of April, as well as an additional weekly flight each Friday from 30 October.

“Everyone at Aer Lingus felt great pride to see our first direct, non-stop flight from Manchester to Barbados take to the skies,” said Lynne Embleton, CEO Aer Lingus. “We know there is strong demand for direct transatlantic services from the North of England for flights to Barbados and we’re looking forward to seeing travellers and holidaymakers enjoying the welcoming Aer Lingus experience that we’re known for. Aer Lingus has a proud history with Manchester Airport, and today marks the next stage of our exciting journey with them: our new Barbados route, followed by the start of services to New York and Orlando later this year.” 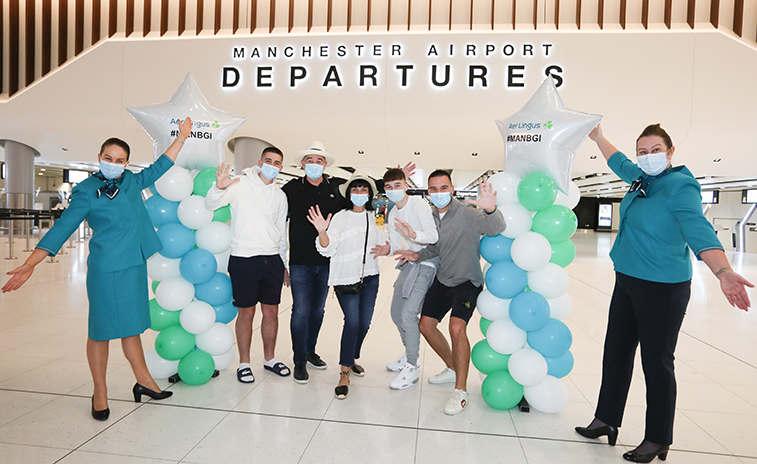 Aer Lingus has launched its first transatlantic service from the UK, with its non-stop route from Manchester to Barbados.

Karen Smart, Managing Director, Manchester Airport, said: “It’s incredibly pleasing to see Aer Lingus’ inaugural flight to Barbados take off from Manchester Airport. Not only is it great to see the airline put this route on at Manchester, giving passengers additional choice and flexibility for this popular destination, but it is also a huge boost for the region with Aer Lingus choosing us as its first UK base for transatlantic flights. The routes across the Atlantic to Barbados and the USA will no doubt be hugely popular with the 22 million people that live in our catchment area, especially with the US opening up to British travellers next month. Furthermore, the routes and base here at Manchester will be welcomed by the hundreds of people who will have access to the jobs created here. I look forward to working closely with Aer Lingus as they grow from Manchester Airport.”

Aer Lingus is operating the A330-300 on its Barbados services. 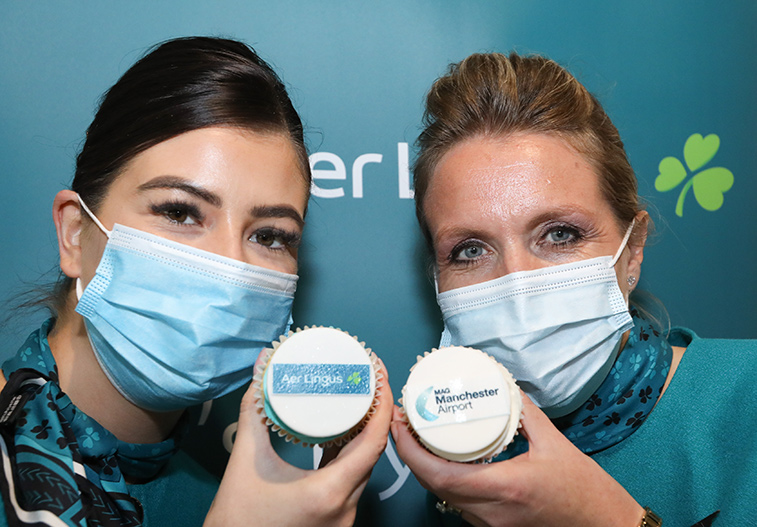 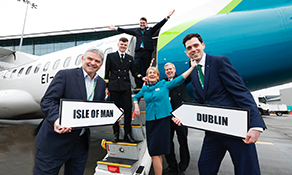 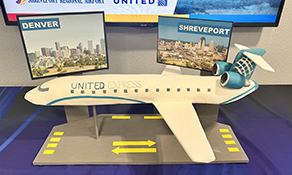 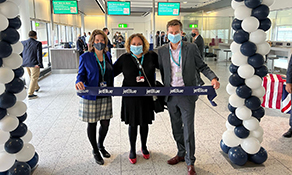