Qantas’ Sydney to London via Darwin 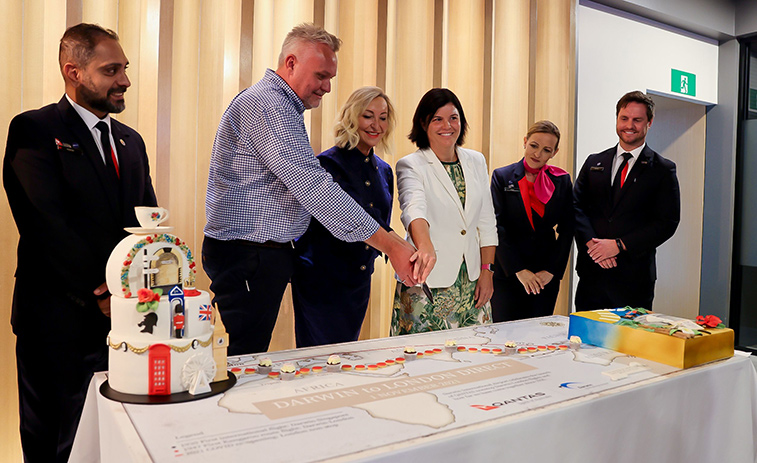 November 1, 2021 marked the relaunch of international flying for many Australians. Qantas’ first international departure was its flagship QF1 Sydney to London flight, which stopped in Darwin before making the non-stop 17-hour 20-minute flight to London. The sector is currently the fourth longest in the world.

Qantas chose the new stopover in acknowledgement of the pragmatic and responsive approach of the Northern Territory Government and Darwin International Airport.

During COVID, Darwin has acted as a primary gateway for returning repatriated Australians. This meant, that in a first for an airport in the Asia Pacific region, Darwin welcomed commercial flights from all six inhabited continents. The final continent linked was South America with a Buenos Aires to Darwin flight. This flight travelled over Antarctica on Qantas longest ever repatriation flight. 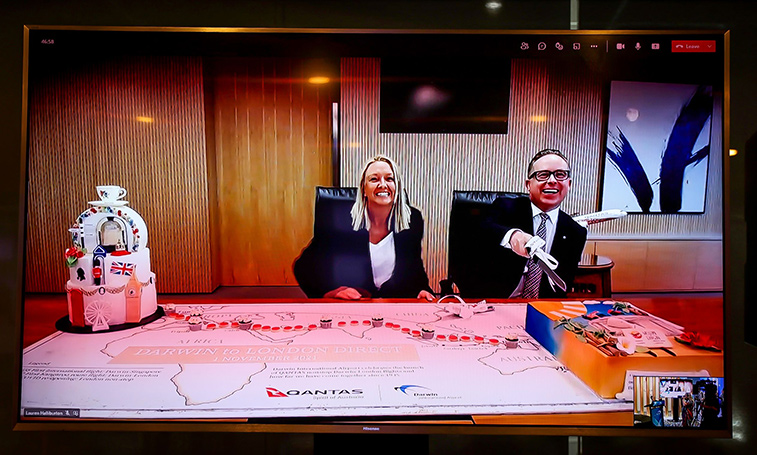 It is fitting that Darwin is again the focus of an airlift. Prior to COVID, Australia’s largest civil airlift was the 1974 evacuation of Darwin after it was devasted by Cyclone Tracy. This included a record-breaking flight by a Qantas 747 carrying 697 people.

One building that survived Cyclone Tracy was the original Qantas hangar from 1935. Qantas’ first-ever international sector departed from there bound for Kupang as part of its inaugural Brisbane-Singapore flight. 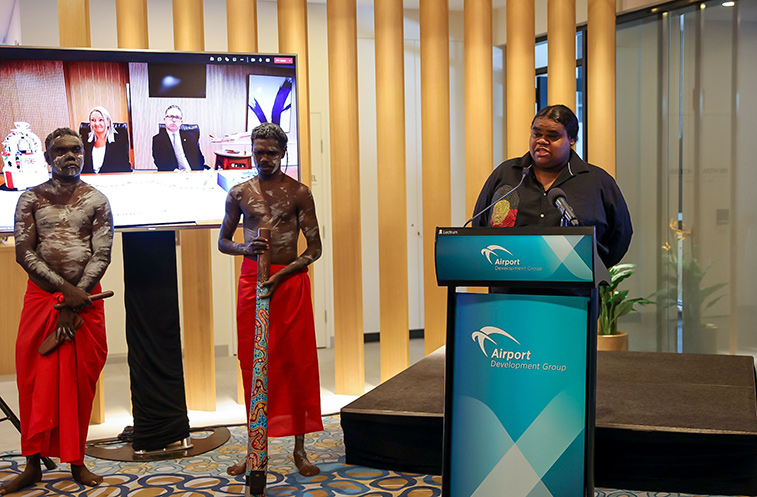 A traditional Larrakia welcome was provided in a ceremony including participants from the Youth Mill. 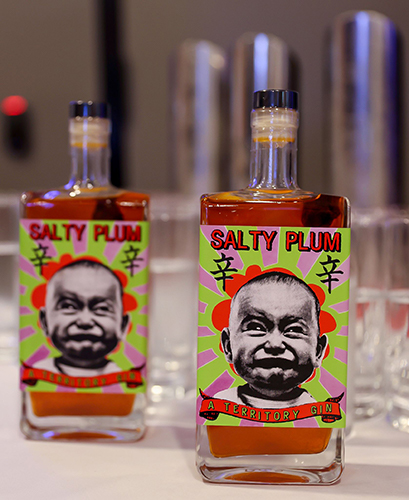 NT Gin infused with the local fruit Salty Plum – launched on the same day and to be served in the Qantas Gin Bar in the London lounge.

Darwin International Airport celebrated Qantas’ Darwin-London route launch with a spectacular cake. Being there for each other over the years was the focus of the cake. It included a 1.8m x 0.7m backboard showing the original 1935 route and first Kangaroo route of 1947 marked in cupcakes and cookies.

Two cakes featured icons images for both cities on the route. London’s cake included an intricate teacup and saucer, Big Ben and the Queen’s crown. Darwin’s cake was embellished with delicate frangipani flowers, flags of Australia’s First Nations people and the original Qantas hangar. The cake and backboard were prepared by local Darwin talent.

Further celebrations included a retro-themed Darwin-London limited edition commemorative poster by local artist Franck Gohier. He also designed the label on a 100% NT made, salty plum gin debuting on the same day. All of this was brought together by a moving Welcome to Country from the Traditional Owners of Darwin region – the Larrakia people.

With the Northern Territory rapidly approaching its target vaccination rates, travellers will soon be able to enjoy the warmth of Darwin’s climate, people and unique culture on a stop-over.

The event showed the can-do attitude of Darwin International Airport and local Qantas teams. In a fantastic joint effort, duplicate cakes on the backboard were cut simultaneously in Darwin and Sydney. 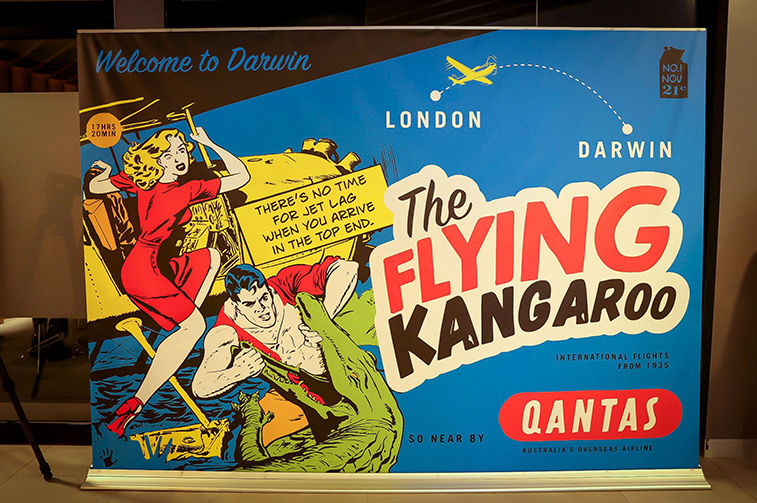 A limited-edition commemorative poster was commissioned for the route launch designed by Franck Gohier. Only 100 have been produced. 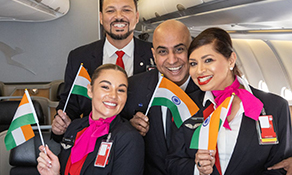 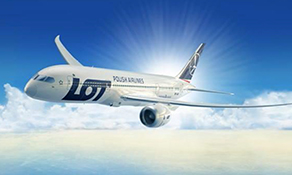 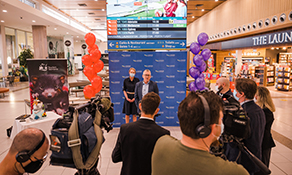