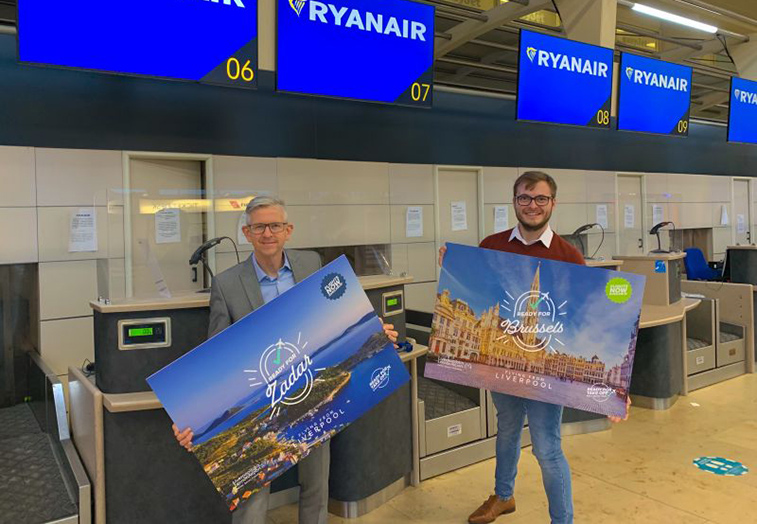 Celebrating the announcement of Ryanair’s twice-weekly routes from Liverpool John Lennon Airport to Zadar and Brussels Charleroi, both commencing at the end of March 2022, are LJLA’s Robin Tudor, Head of PR and Communications, and Jonathan Ford, Aviation Development Manager.

Ryanair has announced a twice-weekly service from Liverpool John Lennon Airport to Brussels Charleroi, commencing at the end of March 2022, linking Liverpool with another important European capital city.

This will take the number of European capital cities linked with flights from Liverpool to 17, with six including Brussels announced in the past 12 months. This latest addition will be the airport’s first route to the Belgian capital in 10 years and comes hot on the heels of inaugural flights by Ryanair earlier this month to other major European cities, including Stockholm, Paris, Milan and Tallinn. Flights to Brussels will operate on Thursdays and Sundays.

Ryanair has also announced the return of flights to the popular Croatian holiday destination Zadar for summer 2022, with twice-weekly flights also starting at the end of March 2022.

These new services take the total number of Ryanair routes from Liverpool to 37.

Paul Winfield, Director of Aviation Development, Liverpool John Lennon Airport, commented: “This year alone Ryanair have announced nine new routes from Liverpool as we continue our recovery from the impact of the pandemic. These latest additions to their Liverpool route network highlight Ryanair’s confidence in a continued, growing demand for air travel once again and gives passengers from across the North West and North Wales even more opportunities to head off on flights to a host of major European cities from here.”

Jason McGuinness, Director of Commercial, Ryanair, added: “Ryanair, Europe’s No.1 airline, is committed to re-building Europe’s aviation and tourism industries as we grow our passenger numbers to 225m p.a. by 2026. We are excited to continue working with Liverpool Airport to connect the people of Liverpool to their favourite holiday destinations next summer including Brussels and Zadar.” 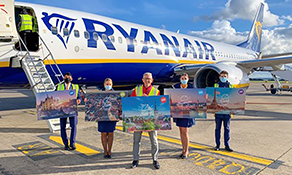 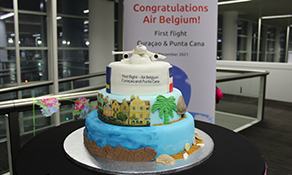