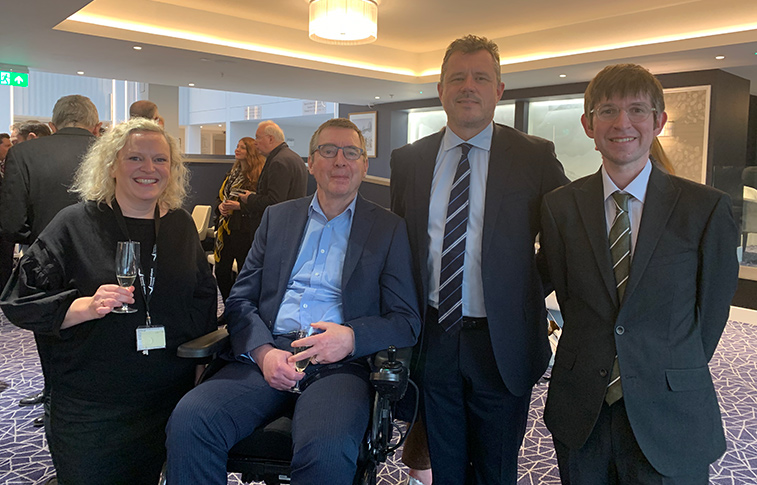 Eastern Airways launched its new PSO route from Cornwall Airport Newquay to London Gatwick on 15 December 2021, with a reception to welcome the inaugural service held at LGW’s Hilton Hotel. anna.aero was in attendance to discuss the new route with senior executives from the airline and airports, as well as key business figures from Cornwall, and most importantly to sample the delicious Cornish pasties transported on the first flight. 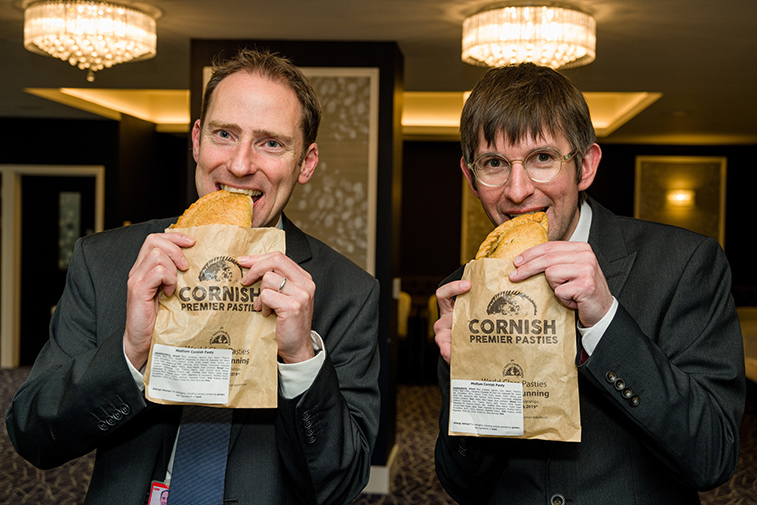 The highlight of the route launch celebration was undoubtedly the traditional, delicious Cornish pasties transported on the inaugural flight. Devouring the first of many are Tim Norwood, Director of Corporate Affairs, Gatwick Airport, and anna.aero’s Ross Falconer.

The flight was operated with one of Eastern’s ATR72-600s, fuelled with Sustainable Aviation Fuel (SAF). Restoring a vital air connection, Eastern’s Cornwall to London flights increase to a day return frequency Monday to Friday from 17 January 2022, bolstered by twice-daily service on Sundays from 12 February. From the end of March, the airline will offer twice-daily Saturday services, bringing optimised flexibility for visiting friends and relatives, short breaks, as well as a convenient service for business travellers.

“Vital, missing piece in the jigsaw of connectivity” 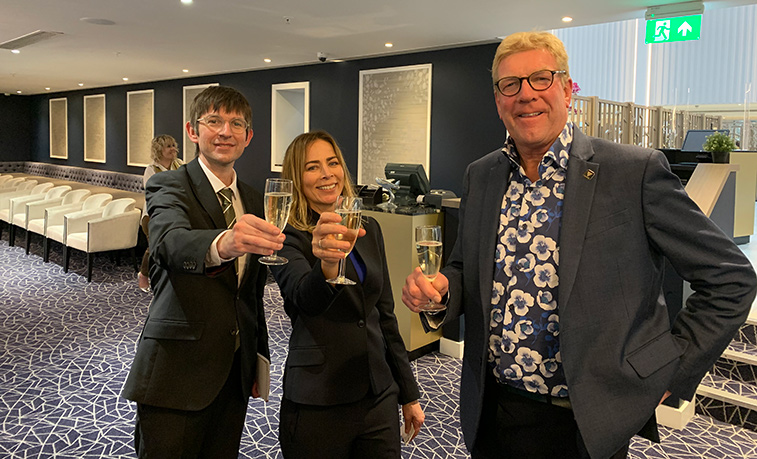 The route provides vital year-round connectivity between Cornwall and the UK capital. “Cornwall Newquay Airport has worked tirelessly this year to restore lost regional services with several airlines stepping up to take on routes, as only our resilient sector can,” said Adam Wheatley, Managing Director, Eastern Airways. “London was the vital, missing piece in the jigsaw of connectivity, so naturally we are pleased to take on this important route, dedicating a Newquay-based aircraft and local crew. As frequency grows, we expect to employ more staff to support the route.” 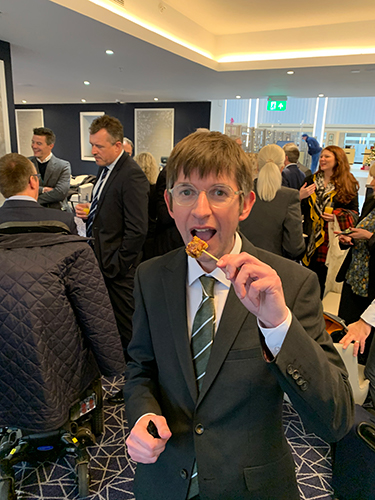 The hungriest journalist in aviation: anna.aero’s Ross Falconer devours the canapés at the reception to welcome the inaugural Eastern Airways service on its new PSO route from Cornwall Airport Newquay to London Gatwick.

Tim Jeans, Interim Director, Cornwall Airport Newquay, added: “Restoring this daily, year-round connection between Cornwall and London is an important step forward for the airport and for Cornwall.  Gatwick is a fantastic link for Cornwall, not only for travel to and from the south east, but also for the onward connectivity options it

provides, serving both the leisure and business markets. The link has been missed by everyone in Cornwall and it’s so important that it’s a year-round link. The economy of Cornwall, business in Cornwall depends on connectivity. We’re delighted that Eastern Airways is the operator of this route for at least the next four years and we hope for many years thereafter.”

In conversation with anna.aero, Norwood added: “It’s a great day, not just for the airports but for both of our regions as well. There’s a very strong connection between the south east and south west. From our perspective, it shows another step on the road to our recovery. It’s a really important connection for business, tourism and those visiting friends and relatives.” 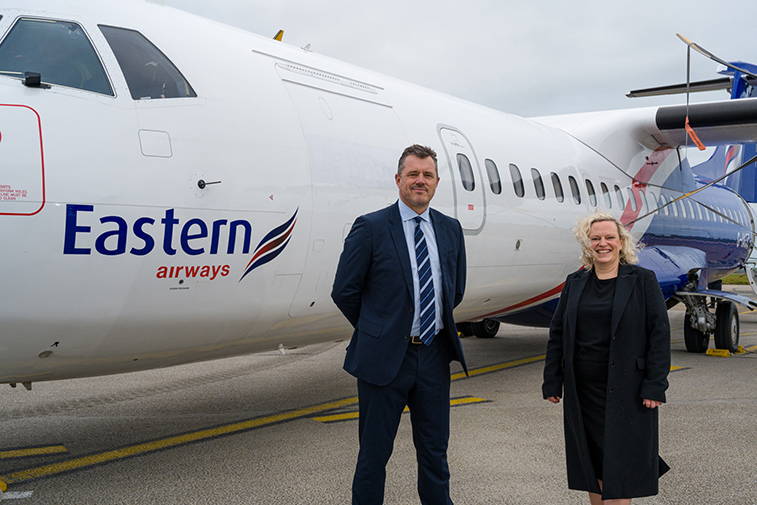 Key business figures from Cornwall joined the inaugural flight and celebrations for the vital link with London. Kim Conchie, Chief Executive Officer, Cornwall Chamber of Commerce, explained to anna.aero: “It’s often said there’s no flourishing economy in the world without a functioning airport and connectivity to London is the key route, which is why the government has given it Public Service Obligation status. It’s so important for the small, growing businesses of Cornwall that we have this link.” 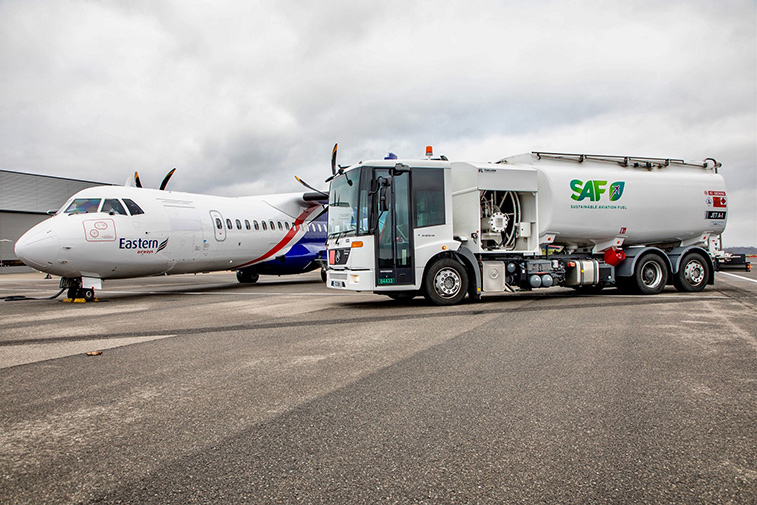 The flight was operated with one of Eastern Airways’ ATR72-600s, fuelled with Sustainable Aviation Fuel (SAF). 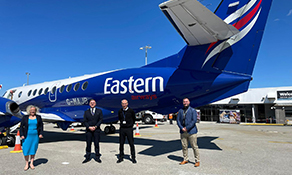 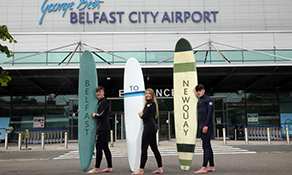 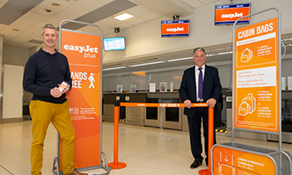