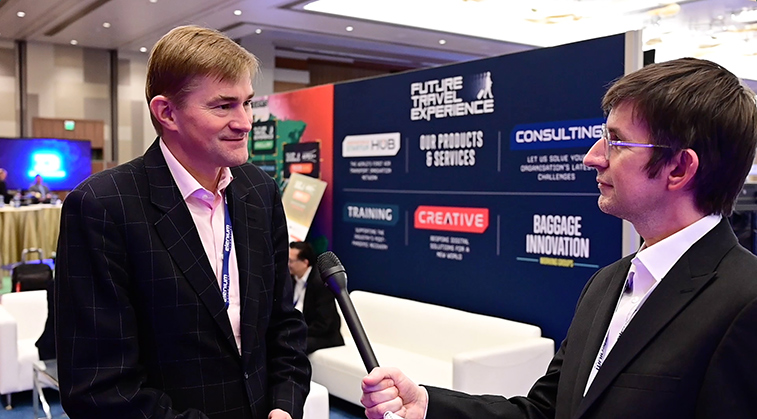 Charles Duncan, President, Swoop, explained to anna.aero that the airline plans to grow its fleet by 60% to 16 aircraft this summer, and ultimately grow to 30. “We’re deep in that planning process right now and that will bring a whole lot of new routes. First, we need to secure the aircraft and have firm dates around when they’ll be entering service, and then we’ll have more route announcements to come.”

anna.aero spoke with Charles Duncan, President, Swoop, at the recent Future Travel Experience Global event in Las Vegas, about the ultra low cost carrier’s vision for the future of travel.

“For us at Swoop, we are getting back on the front foot now post-pandemic and planning for a lot of growth,” Duncan explained. “We started the pandemic with nine 737-800 NG aircraft and recently added our 10th. Our ambition is to have 16 aircraft for the coming summer, and ultimately grow to 30, so the excitement for our whole team at Swoop is that after an almost two-year pause we can now get on the front foot and focused on growth.”

The Swoop focus is on what Duncan describes as “fair fares” and he explains that, in three-and-a-half years of operation, more than 50% of the tickets sold have been CAD$100 or less. “So, it’s all about great value and connecting leisure travellers with family or sun destinations.” 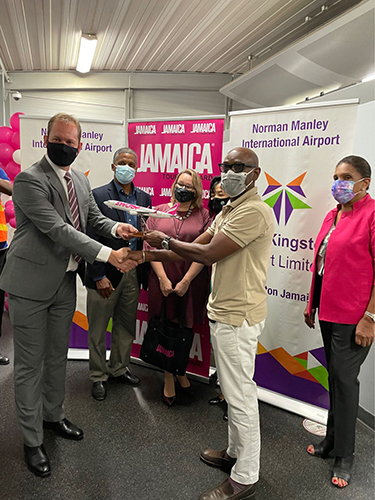 The airline has also announced major expansion and investment in Edmonton, bringing nine new routes to the Alberta capital – eight domestic destinations and one U.S. destination. This growth will see Swoop’s capacity at Edmonton increase by 76% compared to pre-pandemic levels, supporting the creation of 140 additional direct and indirect jobs and an anticipated CAD$120 million of economic output activity in 2022.

“This is a major milestone for Swoop as we underscore our commitment to leading the way for ultra-low fare air travel in Canada and reaffirm our position as the airline with the most destinations from Edmonton,” said Duncan. “With a strong focus on growth and Edmonton as our partner, we will continue to provide our travellers with more non-stop flights and ultra-low fares while supporting the recovery of Canada’s travel and tourism economy.”

The addition of eight new Canadian destinations to Swoop’s summer schedule will see non-stop service from Edmonton to Charlottetown, Comox, Halifax, Kelowna, Moncton, Ottawa, Regina and Saskatoon. Swoop will be the first carrier to bring non-stop connectivity from Edmonton International Airport to Charlottetown and Moncton and the airline’s summer schedule will also see the restoration of service to London, Ontario. Meanwhile, Swoop has grown its transborder presence from Edmonton with the addition of a new service to Palm Springs.

“We’ve been adding a lot, including other routes to Florida and Mexico, so we’re leaning forward and focusing on growth,” Duncan commented. “Edmonton is an important base for us, as are Hamilton and Toronto, and we’re adding aircraft and services from these.”

Looking ahead, Swoop is focused on securing its new aircraft for the summer, which will then further inform its route development plans. “We’re deep in that planning process right now,” Duncan added. “We hope to have 16 aircraft, so 60% growth from the 10 we have now, and that will bring a whole lot of new routes. First, we need to secure the aircraft and have firm dates around when they’ll be entering service, and then we’ll have more route announcements to come.” 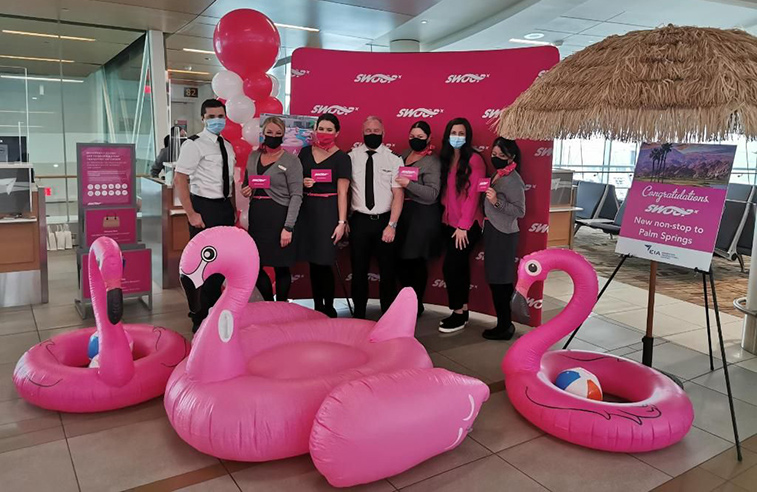 Swoop expanded its transborder presence from Edmonton on 16 December 2021, with the addition of a new twice-weekly service to Palm Springs. 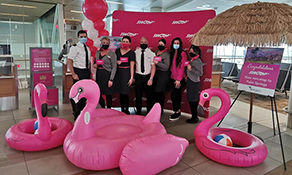 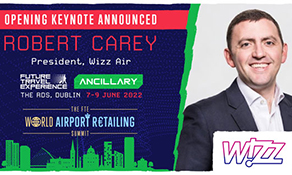