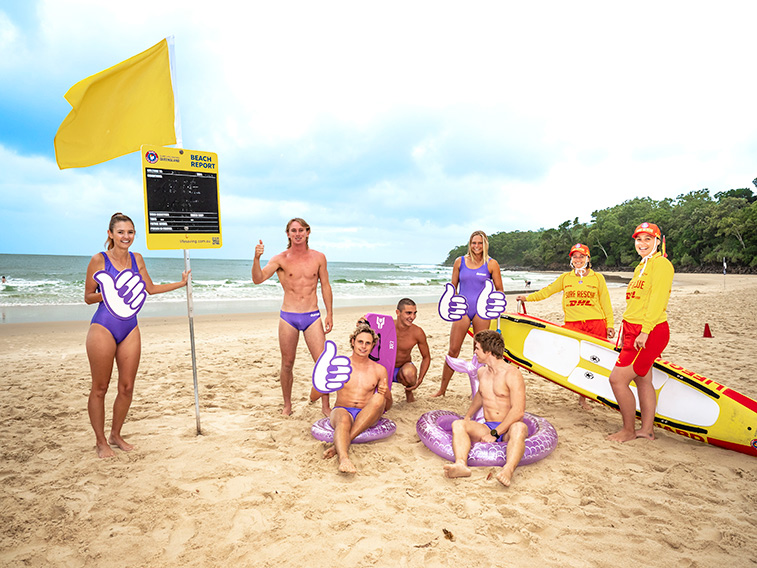 Noosa lifeguards in ‘Bonza Budgies and Cozzies’ celebrate the announcement of Bonza’s route map and two bases at Sunshine Coast Airport and Melbourne Airport. 25 routes have been announced to 16 destinations, operated with Bonza’s fleet of 737 MAX aircraft. 80% of these routes are currently unserved.

New Australian low-cost carrier Bonza has announced its route map, airport bases, and head office location. Sunshine Coast Airport will be its home base with an initial two based aircraft and Bonza’s head office. Meanwhile, Melbourne Airport will be Bonza’s second base with two of its fleet of 737 MAX aircraft.

“Since announcing Bonza to the world late last year, we’ve always said we wouldn’t just fly between Australia’s three largest cities and instead give people in the regions more choice,” said Tim Jordan, CEO Bonza. “Today we deliver on that promise, with the largest launch announcement in Australian aviation history. From our two bases on the Sunshine Coast and Melbourne, we will give Aussies more options at ultra-low fares to explore their own backyard. With destinations ranging from Albury to the Whitsundays, travellers will now be able to fly, instead of impossibly long road trips as well as fly direct without a stopover in a major city. Aussies can look forward to enjoying more time at their destination and spending less of their hard-earned cash getting there in the first place.” 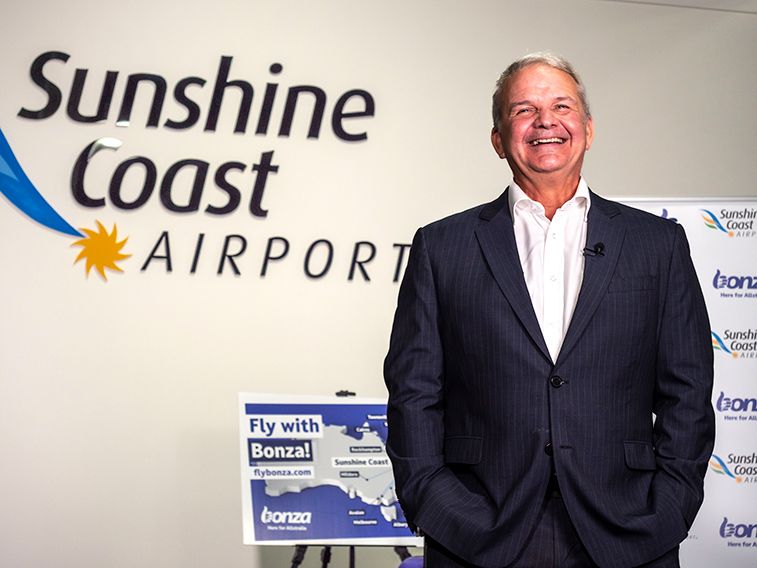 Andrew Brodie, CEO Sunshine Coast Airport: “Today’s partnership announcement is a great win, not just for the airport, but for the Sunshine Coast region as a whole. As Bonza sets up their backyard here on the Sunshine Coast, it will open up a range of opportunities for employment, business development, tourism growth and in re-connecting with family, friends and colleagues. Through our latest modelling and forecasting, and based on Bonza’s current schedule, we estimate that Bonza’s presence here on the Sunshine Coast will generate around $86 million in visitor expenditure in the region in the first 12 months of flights being operational and bring an additional 367,000 seats directly into the Sunshine Coast.”

From Bonza’s initial route network, 96% of routes will be new to low-cost carriers, while 80% are currently unserved. Therefore, Bonza will open up entirely new markets for destinations across three states – Queensland, Victoria, and New South Wales. The network will increase low-cost carrier operated routes by 40%.

Flights are due to go on sale within the next two months, with Bonza’s first flight targeted for mid-year subject to regulatory approval. 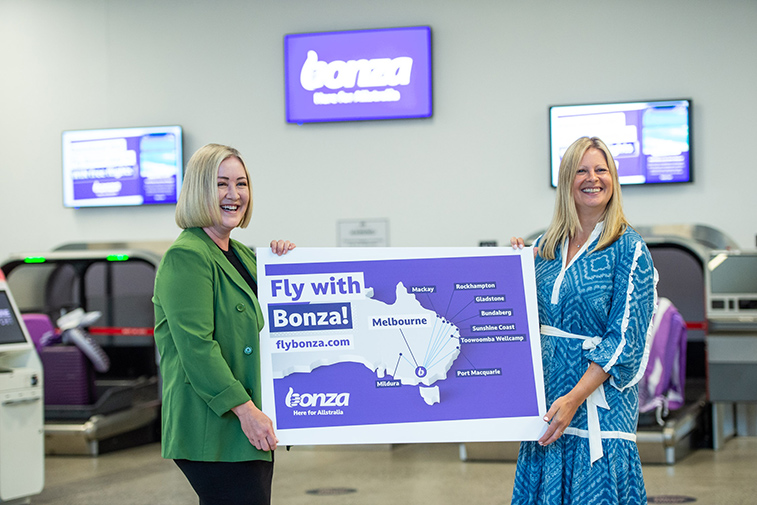 Melbourne Airport has been named Bonza’s second airport base to welcome two of its fleet of 737 MAX aircraft. 22 flights per week will be operated across eight routes from Melbourne to Bundaberg, Gladstone, Mackay, Mildura, Port Macquarie, Rockhampton, Sunshine Coast, and Toowoomba Wellcamp. 63% of these routes are new, while 88% are not currently served by a low-cost carrier.