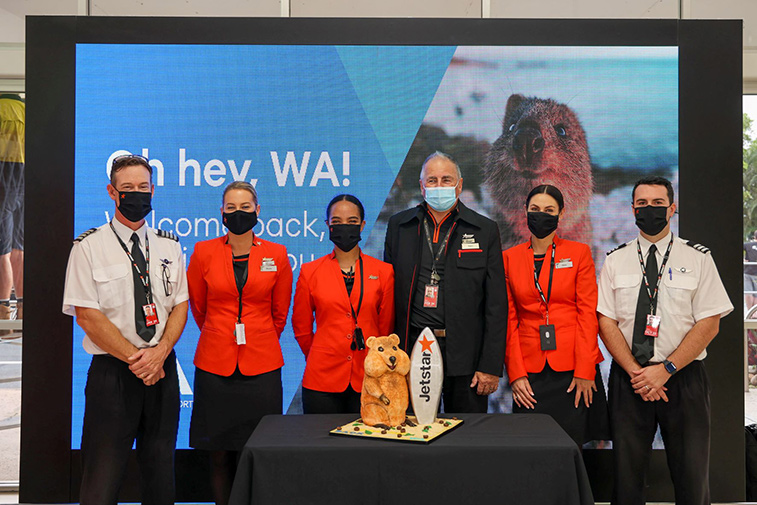 This spectacular Jetstar Quokka Cake, celebrating the recommencement of the Gold Coast to Perth service, wins anna.aero prestigious Cake of the Week prize.

Jetstar has recommenced its route between the Gold Coast and Perth, signalling the restoration of Gold Coast Airport’s full domestic network. The service is operated three times per week, with the A320, departing from Perth on Tuesdays, Thursdays and Fridays and arriving on the Gold Coast early on Wednesdays, Fridays and Saturdays. The frequency of the service is set to increase next month.

“This is the strongest position the airport has been in for two years, with the full domestic network operating and international services rebuilding,” said Chris Mills, CEO Queensland Airports Limited. “We expect there will be some emotional reunions throughout the week in both directions, as friends and families reunite after many months apart. This service also reconnects Australia’s premier holiday destination with Western Australia, which is high on the bucket lists of travellers.”

The re-establishment of the route opens up opportunities for people on the Gold Coast and in northern NSW to experience Western Australia, including the Margaret River wine region, Ningaloo Reef and cosmopolitan Perth.

“There are strong forward bookings on this service and the first in and outbound flights are nearly full,” said Mills. 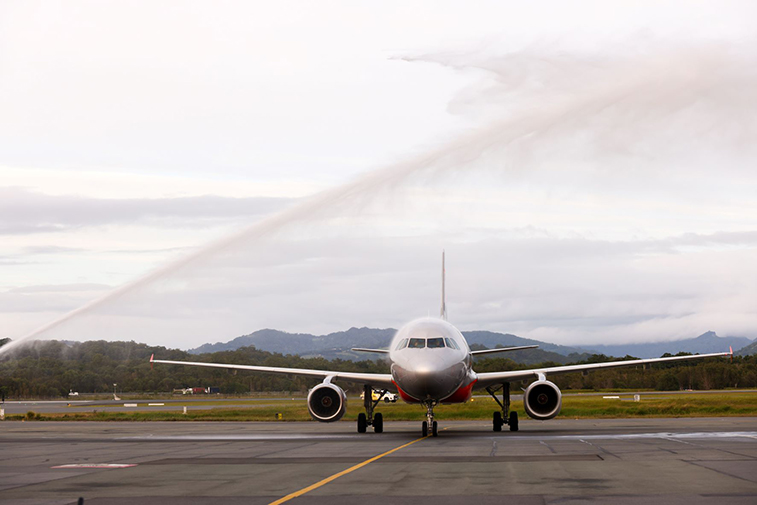 Jetstar has recommenced its route between the Gold Coast and Perth. The service is operated three times per week, with the A320. Gold Coast Airport celebrated with a traditional water cannon salute. 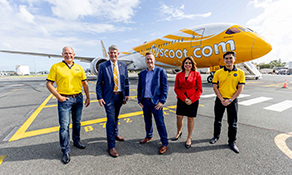 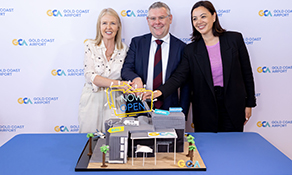 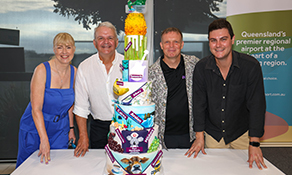