Routes Europe 2022 takes place next week (18-20 May) in Bergen, hosted by Avinor. Almost 400 organisations are attending, including 90 airlines, and over 1,000 delegates.

Routes Europe 2022 takes place next week (18-20 May) in Bergen, hosted by Avinor. The event attracts the region’s leading airlines, airports and tourism authorities to discuss their air service networks. Almost 400 organisations are attending, including 90 airlines, with over 1,000 delegates. Indeed, this year’s event will see delegate numbers on par with 2019.

21/25 airlines by ASK are attending the event. Among the 90 airlines that have confirmed their attendance are:

Alongside the meetings and exhibition, Routes has also developed a stellar conference programme. For the first time in a regional event, there will be five CEOs from airlines interviewed in the conference, as well as the three Director Generals from the main trade associations in Europe.

Once again, you’ll be able to read all about Routes Europe in anna.aero’s renowned Show Dailies, which will be packed with the latest news from this year’s exhibitors, plus live interviews and data analysis.

If you have a story you’d like featured in the anna.aero Routes Europe Dailies, send it to: ross.falconer@anna.aero 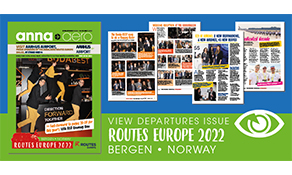 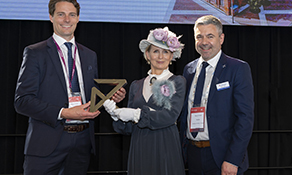 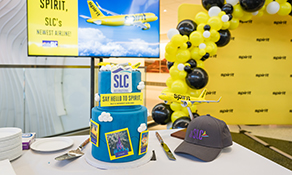