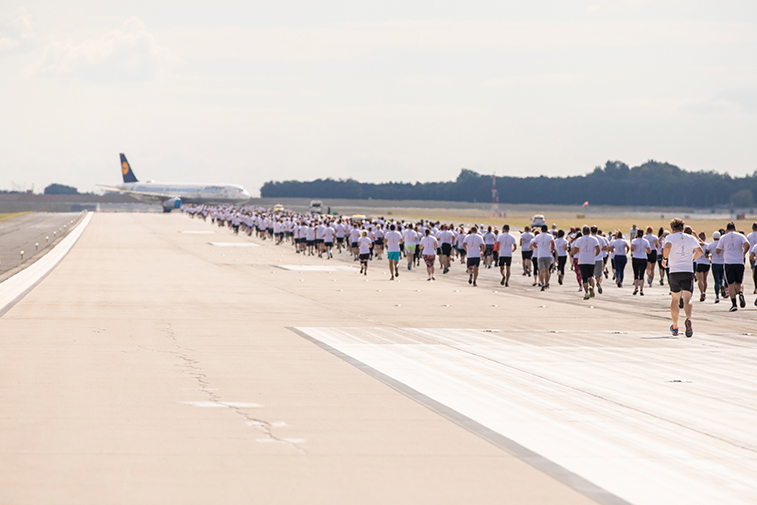 Ever wondered what it feels like to run on a normally active runway, namely Budapest Airport’s? This could be you on Saturday 3 September in the evening sunset alongside 1,000 runners experiencing a memorable moment and all for charity. Sign up by emailing us: kerry@pps-publications.com

‘The Race to Find the Fastest Airline in the Word’ returns to Budapest Airport’s Runway 13R-31L on 3 September 2022 for the 10th year, having dedicated a decade to supporting deserving causes and raising more than €220,000 since its beginnings in 2013.

To mark the momentous anniversary, this year’s run will be considerably memorable for those who join the 1,000+ runners on the Tarmac. Scheduled to take place in the evening, competitors will cross the finish line during the stunning Hungarian sunset – a twilight moment for all taking part. Closing what is normally an active runway, Budapest remains the only airport in Europe to be able to stage such an event and allow runners to take part in this rare experience. 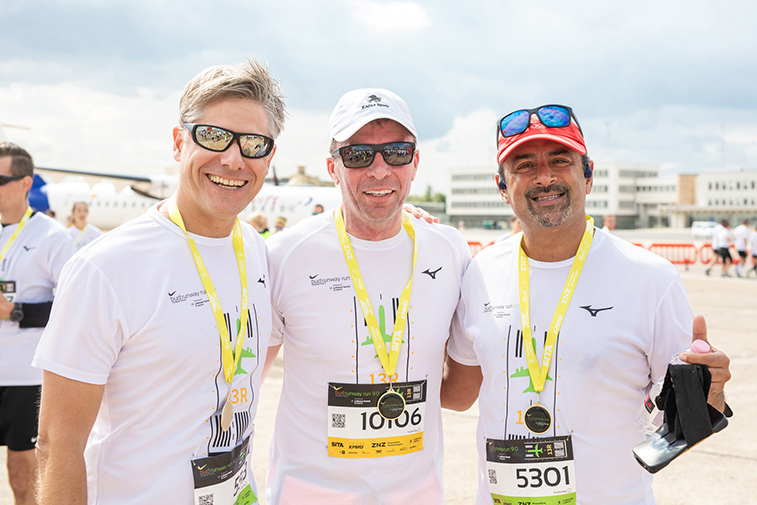 Chris Dinsdale, CEO Budapest Airport (left): “The running race organised on the airport runway is now a tradition… for a good goal.” 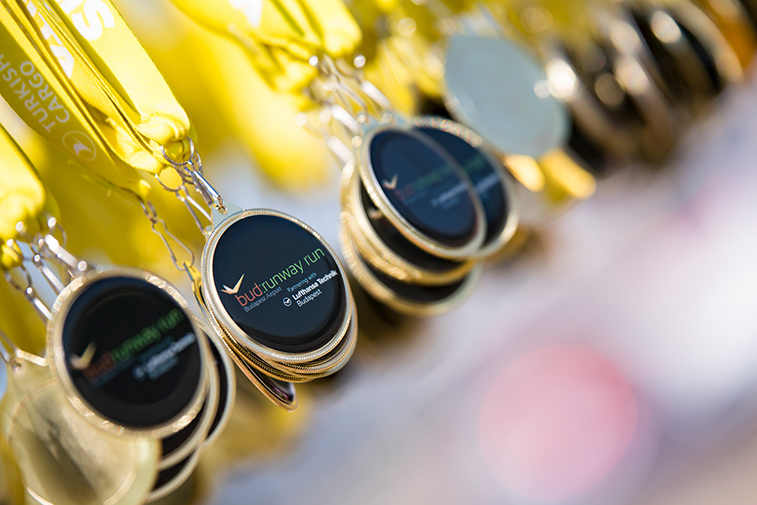 Want one of these? Join the 10th jubilee Budapest Airport-anna.aero Runway Run and take home your very-own medal. Whether you come first or last, everyone gets one.

As in previous years, the sporting event has a noble purpose this year; once again, all entries will be donated to the international bone marrow transplant charity, Anthony Nolan, and Hungary’s Suhanj! Foundation, a charity which supports the inclusion of disabled people in sport. Both charities have immensely benefited over the years from the 10,000+ runners who have literally hit the runway running.

On the 10th jubilee of the Runway Run, Chris Dinsdale, CEO Budapest Airport, states: “The running race organised on the airport runway is now a tradition; hundreds stand at the start line every year. Along with the run, we also want to make it a tradition not only to keep fit for our own health, our desire to play sports, but to do it all for a good goal, together. I am proud that in the 10 years since the first competition was organised, we have been able to make a significant contribution to the work of the foundations we support.” 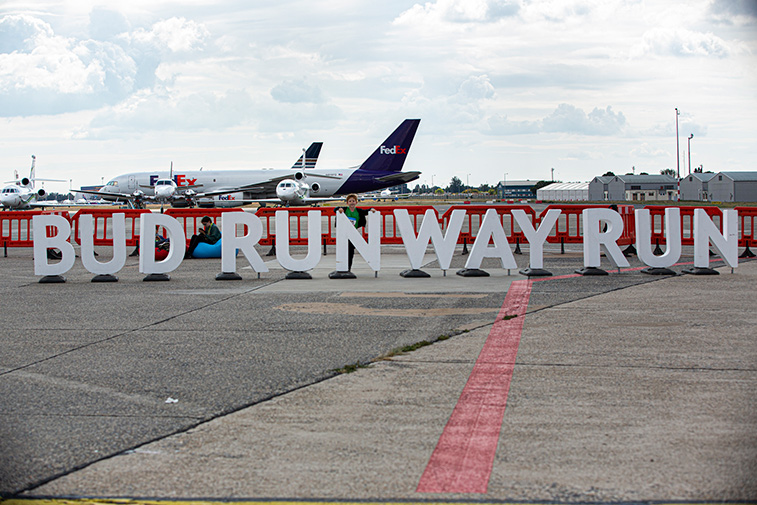 ‘The Race to Find the Fastest Airline in the Word’ returns to Budapest Airport’s Runway 13R-31L on 3 September 2022 for the 10th year, having dedicated a decade to supporting deserving causes and raising more than €220,000.

Our very-own publisher Paul Hogan adds: “The joy of running on the vast expanse of a 3km runway simply has to be experienced. Becoming part of the Budapest Runway Run was the realisation of an ambition fusing a love of running, our deep involvement in aviation development, with our desire to support passionately-held causes. This 10,000-metre race will have been run 10 times this year by a cumulative 10,000 runners – that’s 100,000km or 2.5 times around the Earth. We’ve easily had the same quantity of fun, and furthermore some €220,000 has been raised for the charities. I want to thank all those many thousands of runners for taking part – but most of all I want to take my hat off to Budapest Airport for the massive generosity and commitment in staging what is simply the world’s pre-eminent aviation charity-sportive event.”

Think you could take on the challenge and potentially win one of the many prizes including: Fastest Airline, Fastest Airport, Fastest Aviation Business Service Partner, Fastest Concessionaire, and Fastest Authority, or even fastest male or female overall runner? If you do, or you just want a challenge…maybe the couch to 5k…then email us now: kerry@pps-publications.com 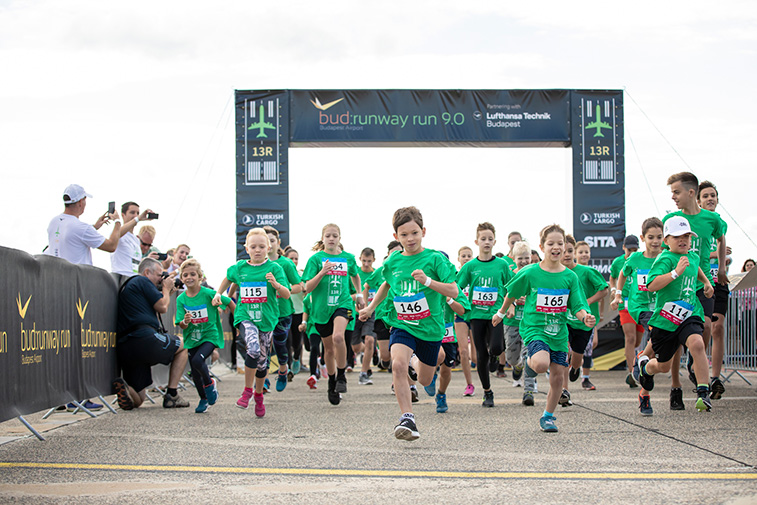 Bring the family for a weekend in Budapest. Age doesn’t matter as the Runway Run gives children the opportunity to run 1.5k down the runway and be part of the event.

“Enormous grace, class and quality in all that she did” – a farewell to Budapest Airport’s Andi Trencsén

Routes World 2022 – read about the action in Las Vegas in anna.aero’s Show Dailies 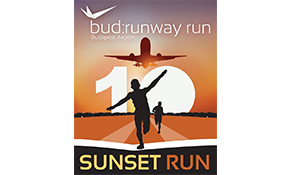 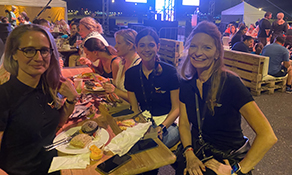 “Enormous grace, class and quality in all that she did” – a farewell to Budapest Airport’s Andi Trencsén 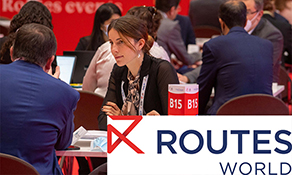