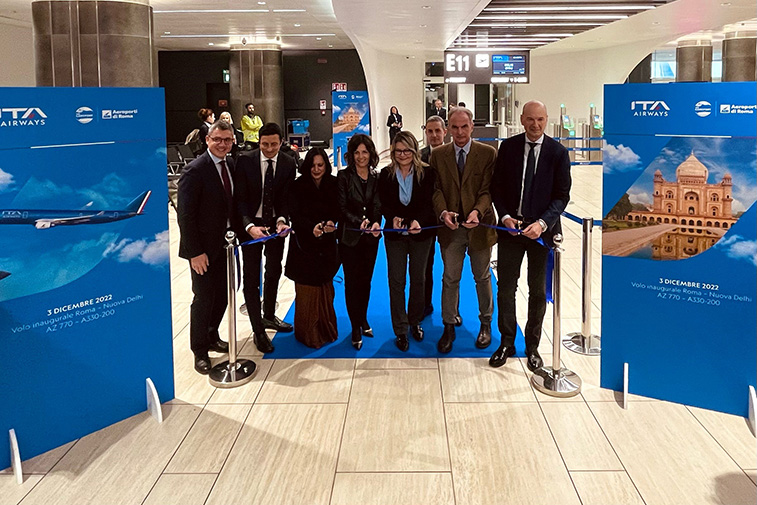 ITA Airways has launched a new route between Rome Fiumicino and New Delhi. The service is operated three times weekly on Mondays, Wednesdays and Saturdays, with the A330. It is the only direct connection between the two cities.

ITA Airways has launched a new route between Rome Fiumicino and New Delhi. The service is operated three times weekly on Mondays, Wednesdays and Saturdays, with the A330. It is the only direct connection between the two cities.

“We are happy to inaugurate today the ITA Airways’ Rome Fiumicino – New Delhi connections, the only direct flights between these two capitals,” said Emiliana Limosani, Chief Commercial Officer, ITA Airways and CEO Volare. “With the opening of this new route for the transport of passengers and cargo between Italy and India, ITA Airways is further contributing to the cultural integration and development of the economic relationship between the two countries, which have developed a solid political and commercial collaboration in recent years, with the presence of more than 600 Italian companies in India and a bilateral interchange that in 2021 reached a record value of more than €10 billion. We have thus taken an important step forward in the project of expanding our intercontinental network towards a fascinating destination and a market full of opportunities. In addition, thanks to the flight departing from New Delhi to Rome, our Indian customers will be able to visit not only Italy but all of Europe thanks to convenient connections offered from our Rome Fiumicino hub.” 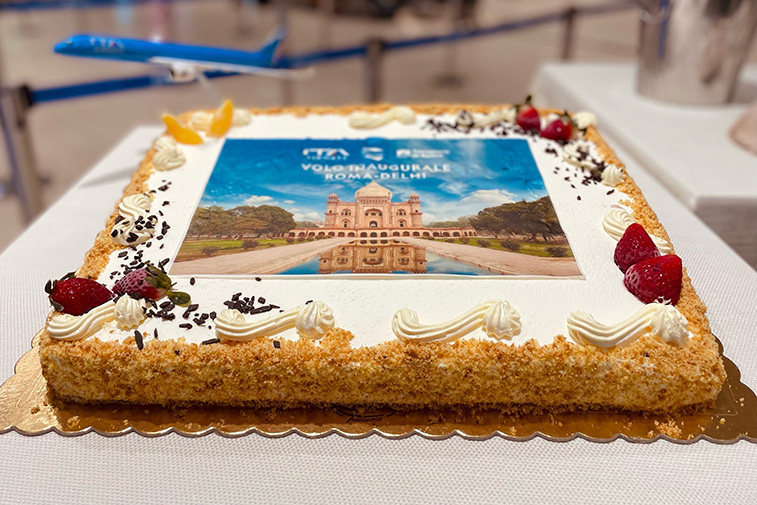 The new ITA Airways route between Rome Fiumicino and New Delhi was celebrated with a spectacular cake.

Ivan Bassato, Chief Aviation Officer, Aeroporti di Roma, commented: “We are pleased to inaugurate today the new direct flight from Rome Fiumicino to New Delhi, alongside a strategic partner such as ITA Airways. India, with over 230,000 passengers carried during 2019, represents a market of primary importance for our airport’s intercontinental connectivity and the opening of this route confirms the importance of Italy’s main airport in ITA Airways’ development strategy. At the same time, it confirms the levels of attractiveness reached by the Roman hub towards airlines and passengers, in a context in which the recovery of air traffic has given new life to international destinations with reconfirmed interest in long-haul travel after two years of stop due to the Covid restrictions.”

This new intercontinental connection joins the seven already operated by ITA Airways with direct flights to New York, Los Angeles, Boston, Miami, Buenos Aires, Sao Paulo and Tokyo. The expansion into the Asia market will continue in December with the opening of a new direct service between Rome Fiumicino and Malè, Maldives that will be operated by ITA Airways from 17 December 2022 to 15 April 2023. 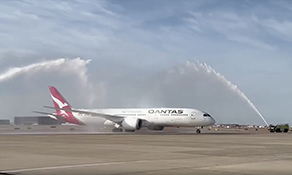 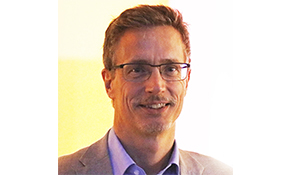 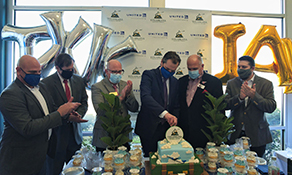