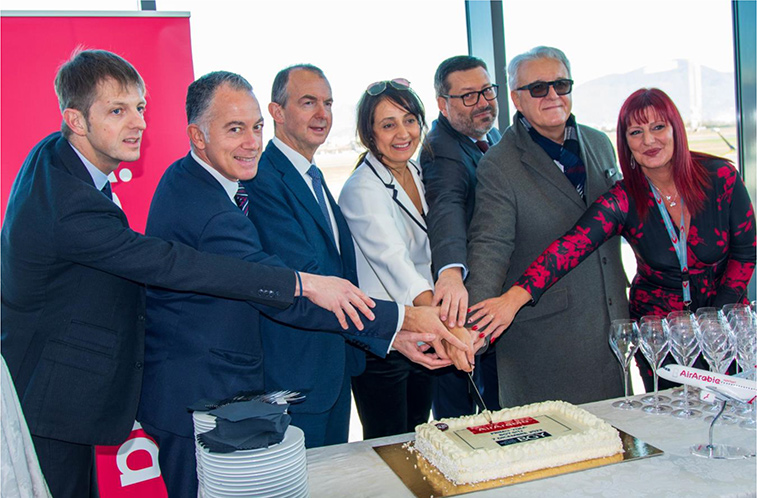 Milano Bergamo Airport has welcomed the arrival of its first direct connection to the United Arab Emirates with the launch of Air Arabia’s flight to Sharjah. The low-cost carrier (LCC) has commenced a four-times weekly link, adding more than 47,000 yearly seats to the Italian gateway’s network in 2023.

Utilising the LCC’s fleet of A321s on the 4,638-kilometre sector, the new operation significantly becomes Milan Bergamo’s longest route, very close in length to what is consider long-haul, and a noteworthy addition to the airport’s route map.

“It was a momentous day for us as we realised our goal of becoming connected to the United Arab Emirates for the first time,” says Giacomo Cattaneo, Director of Commercial Aviation, SACBO. “Not only is the link to Sharjah one of importance in the growth of our network but also in the development of our partnership with Air Arabia – an alliance which has made Milan Bergamo one of the airline’s main European airports in its network. Sharjah is the third largest emirate in the UAE and its most family-friendly destination. The new route will not only offer opportunity to those wishing to travel to the cultural metropolis itself but also opens numerous connections via Sharjah to places such as India, Kenya, Pakistan, and Sri Lanka – over 60 destinations in Africa, Asia and the Middle East served by Air Arabia – which is of importance to the vast and diverse population in North Italy.”

With Sharjah being just 20 minutes away from Dubai, Milan Bergamo’s latest connection adds accessibility to the city, as well as the increasingly popular resort of Ras-Al-Khaimah.

“Air Arabia’s latest enhancement to our route map allows those flying from the UAE to discover the wonderous city of Milan, as well as uncover the cities of Bergamo, Brescia and Verona, to experience the lakes and mountains and a whole other realm of places and possibilities,” Cattaneo adds.

Bolstering the strong partnership between Milan Bergamo and the Air Arabia Group, the latest destination joins established operations to Alexandria and Cairo served by Air Arabia Egypt, and Casablanca with Air Arabia Maroc. 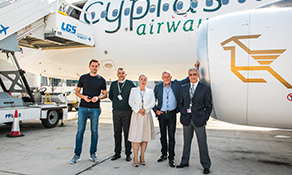 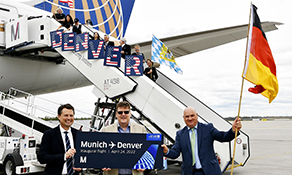 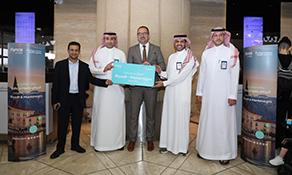