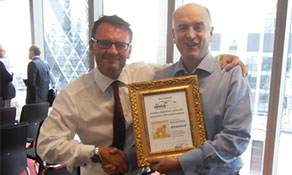 anna.aero presented Howard Millar, the outgoing Ryanair Chief Financial Officer, with “The anna.aero Golden Retriever Prize for Awesome CFO Achievement” in recognition of his great money-management since flotation of the low cost airline in 1997. 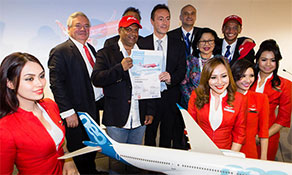 Malaysia’s long-haul, low-cost pioneer has yet to be consistently profitable, and its network churn is surprisingly high. We reveal in which years the airline launched (and dropped) most routes, and what competition it faces. Plus a look at the airline’s key operating and financial statistics since 2010. 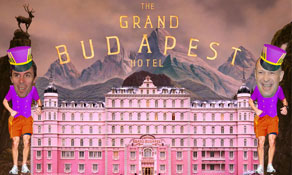 You can stay in the hotel where Richard Burton staged Elizabeth Taylor’s lavish 40th birthday party, or splash out €45 on something ultra-low cost: Hotel partners have been announced for “bud:runway run” – the race on Runway 13R-31L at Budapest Airport in September in aid of child cancer charities. 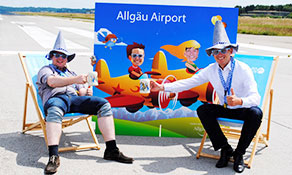 The young Bavarian airport has announced a powerful team entry for “bud:runway run” – the running race taking place on Runway 13R-31L at Budapest Airport on Saturday 6 September in aid of child cancer charities and other good causes. 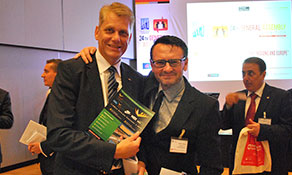 The Budapest Airport Runway Run Roadshow rolled into the ACI EUROPE Annual Congress & Exhibition hosted by Fraport at the Messe Frankfurt this week. Airports and airlines lined up to take part in September’s race on the runway in aid of child cancer charities and other good causes. 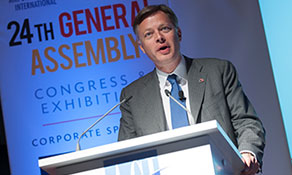 ACI EUROPE’s Airport Industry Connectivity Report was launched at its Annual Congress and Exhibition, hosted by Fraport, providing eye-watering evidence of just how much the Gulf hubs of the MEB3 (anna.aero’s Middle East Big Three) have eroded the competitiveness of the European hubs in the past 10 years. 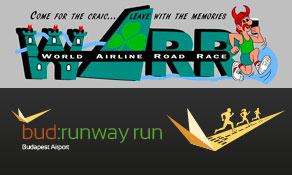 As your one-stop centre of excellence for route analysis and running, anna.aero is proud to bring you news of two vital networking events you need to know about: The 33rd World Airline Road Race (WARR) is hosted by Aer Lingus in Dublin 1-5 October, while bud:runway run takes place on runway 13R-31L at Budapest Airport on Saturday 6 September in aid of child cancer charities and other good causes. 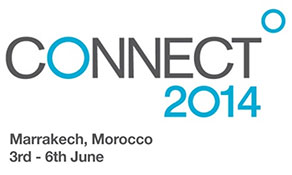 45 airlines are taking part in CONNECT Marrakech 3-6 June, along with 150 airports including the usual solid contingent from France. 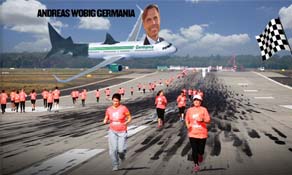 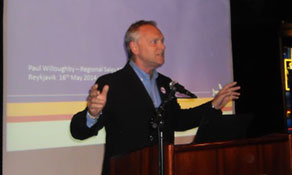 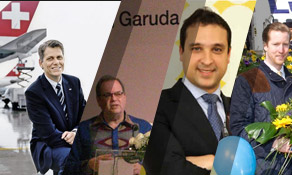 Airports which want to get noticed by Europe’s largest airline group can chat with Lufthansa board member, and SWISS CEO, Harry Hohmeister at this year’s ACI EUROPE General Assembly, Congress & Exhibition in June. Vueling, SkyTeam and other Lufthansa commercial executives also feature, as do several key airport CEOs. “Connectivity” is the central theme. 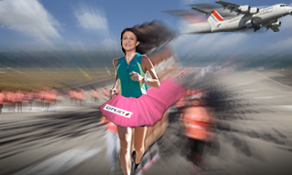 Christine Ourmières, the marathon-running CEO of CityJet has announced she will lead the European regional airline’s bid to win “Fastest Airline in the World” in the 12km running race taking place on Budapest Airport’s Runway organised by Budapest Airport, Wizz Air and anna.aero in aid of good causes.