A brief lull this week before we have over 50 new routes starting next week. However, BA started a new route to India, easyJet launched four new routes including a domestic French route, and Transavia (a Dutch airline) started a whopping eight new routes from Copenhagen (in Denmark). Ah, the joys of EU liberalisation. Plus new routes from Mexicana, SriLankan and TUIfly.com. Ryanair took the week off but will be back with a bang next week!

Europe’s major hubs are mostly losing passengers, especially Madrid where things have changed a lot in a short period. Among secondary hubs only three out of 11 are still growing. Can you guess which ones? You may be surprised!

Air One number two (and growing) in Italian domestic market; international routes being cut back for winter

Air One grew by over 20% in 2007 and plans to grow again this winter even though its longer-term future is far from clear as it gets ready for possible merger/integration with Alitalia. What market share does it have at key Italian airports?

Alitalia’s rivals ready to pounce at Rome; easyJet and Air One already exploiting opportunities at Malpensa

Italy’s airports had a bad August with only four of the top 13 reporting growth. Cumulative year-to-date traffic at Italian airports in 2008 is now just 2%, well down on the 10% of last year. However, a few smaller airports are reporting strong growth, which ones? 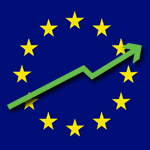 While only two of Europe’s top 6 major hubs reported growth in July, most of the home airports of Europe’s smaller flag-carriers reported traffic growth. Alitalia’s single-hub strategy has helped Rome. The re-timing of Easter had a noticeable impact on traffic at several major airports.

Traffic data for Italy’s airports reveals the impact that Alitalia’s focus on Rome has had at other airports. The re-timing of Easter also had a significant impact on April traffic. Pisa and Bergamo continue to benefit from LCCs but which smaller airport has seen traffic double?