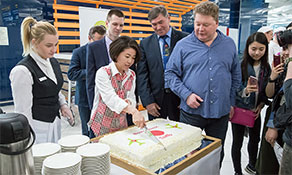 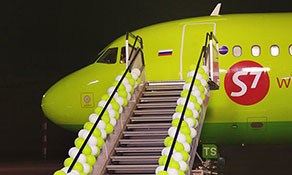 S7 Airlines is Moscow Domodedovo’s biggest airline and Moscow Domodedovo is the oneworld carrier’s most important airport in terms of weekly seats – being over six times larger than its #2 operation. We reveal which are the airline’s busiest routes in terms of ASKs and how many destinations it serves.

UTair commenced flights from Surgut to Krasnojarsk via Igarka.

NordStar Airlines add services to Abakan and Barnaul from Krasnojarsk 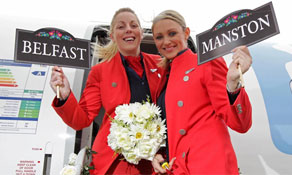 49 routes started in the last week, eight of which were to the Spanish island Ibiza. But which two airlines launched the same US domestic route? Which Asian low-cost carrier continued expanding with its third international route? And how come there is a new link between Baku in Azerbaijan and Aberdeen in Scotland?

News, photos and analysis of new routes started this week. Among the new routes, Aeroflot has brought back its daily service between Moscow Sheremetyevo and Khabarovsk, Allegiant Air has introduced a twice-weekly flight from Las Vegas to Casper, Jet Airways has added four new destinations on its route map: Pune, Visakhapatnam, Goa and Muscat. Wizz Air has moved its service from Sofia to Barcelona, serving Girona and Cimber air has launched four daily flights between Copenhagen and Aarhus.